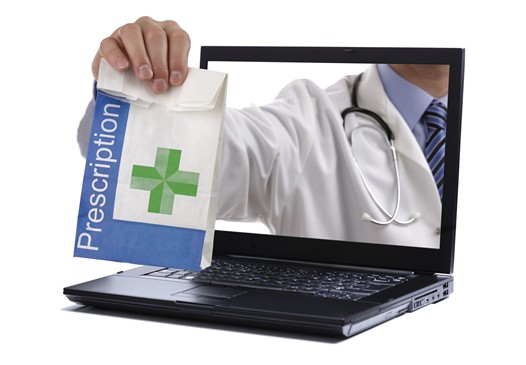 Following Minnesota, which has had a compulsory e-prescribing statute in place since 2011, the State of New York followed suit on March 27, 2016, with a law that will require all prescribers to e-prescribe controlled substances and other prescription drugs. This is the first law, however, which includes provisions for enforcement, including a levy of penalties and fines on physicians who do not comply. Massachusetts and Maine are also considering similar laws.

Aimed at curtailing narcotics abuse, this e-prescribing law is further to the New York State’s I-STOP statute, a law enacted in 2012 that requires physician practices to search a statewide electronic database before prescribing controlled substances. The e-prescribing law was supposed to become effective in March 2015, but was postponed to give electronic health record (EHR) companies and physicians extra time to adapt to the change.

EHR vendors have since developed technology to comply with the electronic prescribing of controlled substances (EPCS). It is estimated by Surescripts, a company that electronically links pharmacies and physicians’ offices nationwide, that 95 percent of pharmacies in New York are now EPCS-enabled, compared to 84 percent nationally. As much as 70 percent of New York physicians are utilizing electronic prescriptions compared to 58 percent nationwide, and 47 percent of prescribers in New York can use EPCS against just 8 percent on a national scale. This is a dramatic increase from the 12 percent of physicians in New York who were EPCS-commissioned one year ago. According to Surescripts, EPCS-enabled prescribers submitted a record 750,000 electronic prescriptions for controlled substances in February 2016.

Everyone Is Not Prepared

Many New York prescribers are not EPCS-facilitated, and some do not even have e-prescriptions enabled. With the rollout of the e-prescribing mandate, the Medical Society of the State of New York (MSSNY) anticipates a rocky road ahead. Although EHR vendors have EPCS-enabled modules for e-prescriptions available, many doctors remain unprepared or unaware of the law. Physicians who are not yet on an EHR system have the option of purchasing standalone programs, one of which MSSNY is making available to member physicians at a reduced price.

There is optimism in the medical community that the majority of New York prescribers will comply with the mandate in the upcoming months. It is possible for practitioners who are unable to comply with the deadline to obtain a waiver from the State Department of Health. This temporary year-long waiver will be given based on economic burdens, technological constraints that are not in the prescriber’s control, and other aberrant circumstances.

The State Department of Health has confirmed the approval of more than 3000 waivers already for more than 13,000 different practices.

The department also recently outlined some extenuating circumstances which permit a practitioner to continue writing paper scripts, for instance, if a medication requires a detailed prescription with complex instructions.

The department anticipates possible circumstances when paper prescriptions become necessary, for example, during electrical outages or technology failures, or when it is determined that a paper script is necessary for the patient to access timely treatment.

Disciplinary actions, penalties, and fines for failure to adhere to the law will be handled by the department’s Office of Professional Misconduct. Problems are anticipated in the initial phase and it is anticipated that regulations will not be enforced strictly during this rollout period. However, if doctors fail to become equipped for e-prescribing, it will be deduced as voluntary contempt and the offender will be prosecuted.

Failure to comply with the law without a prior waiver from the State Department of Health will constitute a public health law violation and will invite fines, penalties, and professional discipline.

The law permits pharmacists to receive paper scripts because they cannot be aware of the circumstances of each physician. For instance, a pharmacist may be unaware that a particular physician’s computer crashed or a particular doctor has a prior waiver.

It is the physician’s onus to inform the department about the reason for a paper prescription being issued. This will especially pose a challenge to physicians who practice close to state lines.

A physician practicing in a New York State county that lies along the Connecticut state border is bound by law to inform the New York State Department of Health that a paper script was issued to a patient who was from out of state, making the process cumbersome and difficult to implement.

DEA approval poses additional problems with e-prescribing regulations. It is mandatory for doctors to record their EHRs or standalone e-prescription systems with the state’s narcotic enforcement bureau for every individual site of care. The United States Drug Enforcement Administration (DEA)-approved device has to be registered for every individual practice site, hospital, and/or nursing home where the practitioner provides care.

DEA regulations require that prior to registration a physician undergoes a two-factor identity authentication with verification methods such as one-time passwords, smart cards, and biometric devices, before access is granted to computers and mobile devices equipped with e-prescribing software.

Identity-authentication services are being offered by EHR vendors, sometimes through third-party vendors, and it is anticipated that completing this identity proofing will be quite time-consuming for physicians who have not already done it.

Contact us to find out how we can help you navigate the new law.