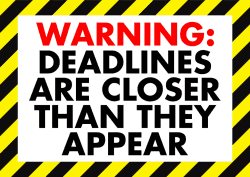 Although there has been progress in the New York State campaign to push providers towards exclusively using electronic prescriptions, e-prescriptions are far from universal.

First in the nation, New York State requires all prescriptions, for both controlled and non-controlled drugs, to be in the electronic format. There is legislation in place to impose fines and even imprisonment on physicians for failure to comply. All 50 states have made e-prescribing of controlled substances a legal mandate.

The March 27 deadline for compliance has passed, and while a large number of providers in New York State have migrated to electronic prescriptions, several are yet to comply because technology stands in the way of achieving a total switchover.

Electronic health record (EHR) systems are used to generate and transmit e-prescriptions, but not all EHRs are designed to handle the e-prescribing of controlled and non-controlled substances. In addition, the process of enabling EHRs to e-prescribe controlled drugs is lengthy and many physicians have simply been unable to complete it.

A waiver system has been established to enable providers and healthcare institutions to request exclusion and avoid paying penalties. The Department of Health (DOH) had received more than 4,000 waiver requests as of April 1 this year and more than 1,600 of them were granted based on technological challenges. An undue burden of economic hardship and technological issues outside the control of the prescriber are some of the circumstances that qualify for a waiver from the mandate.

The President of the Medical Society of the State of New York, Joseph Maldanado, MD, states that because the DOH counts each hospital as one instead of treating each physician working at that hospital as a separate entity, the actual number of physicians who are not yet using e-prescriptions could be much higher that the numbers indicate. Therefore, the number of waiver requests is not a true reflection of the number of providers who are unable to generate e-prescriptions for controlled substances.

As an example, the Mount Sinai Health System, one of the largest health delivery systems in New York City, was granted a waiver on account of some of its sites not having the technology to file e-prescriptions for controlled drugs.

The spokeswoman for Mount Sinai, Kathy Robinson, states that the health system has incorporated e-prescriptions at several campuses ahead of the March 27 deadline and is committed to this important health initiative. However, the waiver has been requested for physicians working at sites where viable technological solutions are not available.

Montefiore Health System, another New York City-based integrated health system, has also received a DOH waiver for the e-prescribing mandate to allow it time to switch to Epic.

Director of Public Relations at Montefiore, Tracy Gurrisi, states that while the ambulatory care and broader health care sites have migrated to e-prescribing, the waiver has been requested to allow time for the Epic implementation in inpatient areas planned for June/July. The waiver has been requested to avoid any technical disruption which compliance with the e-prescription rule may present while going on board with Epic.

EHR vendor preparedness for e-prescriptions of controlled substances has been an additional issue. This was one of the reasons that the Medical Society of the State of New York sought more time. In March 2015, New York Governor Andrew Cuomo signed a legislation allowing a one-year delay for implementation of the mandate on account of EHR vendors failing to show compliance with Drug Enforcement Administration (DEA) regulations for the e-prescription of controlled substances (EPCS).

There has been considerable progress by software companies and EHR vendors for more than 95 percent of New York providers are certified in EPCS, states Surescripts, a leading health information company which tracks data vendors and prescribers and supports the electronic transmission of prescriptions between providers and pharmacies.

While obtaining EPCS certification from the DEA is a complicated process that can take months, most New York prescribers use EHR products developed by large vendors who have the resources to achieve this certification. Smaller vendors have missed the deadline and this has impacted providers who use their systems, states Ken Whittemore, who oversees professional and regulatory affairs at Surescripts.

There are four key processes that providers must complete to achieve certification and receive DEA approval for EPCS:

Chief Medical Officer of NextGen Healthcare, an EHR vendor, Sarah Corley, MD, feels that the four steps which are legally required to transmit EPCS are time-consuming and complex. Identity proofing is particularly problematic for smaller practices compared to larger systems that are able to do it internally. Two-factor authentication is another process that must be deployed.

Surescripts recommends providers consult with their EHR vendors and verify that the software version in use is certified and approved for EPCS. The DEA-certified EPCS software must also be registered the state’s Bureau of Narcotic Enforcement before the EHR is certified to digitally sign prescriptions for controlled substances and send them to pharmacies.

The Chief Medical Officer for EHR vendor DrFirst, Peter Kaufman, MD, understands why some vendors missed the March 27 deadline for electronic prescribing. He feels that vendors mistakenly felt the process would be easy and did not realize the various complications of identity proofing, two-factor authentication, and auditing by the DEA.

Other states are closely watching how things play out in New York State to streamline and monitor their own prescription processes and better regulate prescriptions for addictive drugs like opioids.

As one of the vendors who were able to meet the deadline, NextGen feels that the one-year grace period for technological challenges will see widespread adoption of the mandate in the next few months. Other states are likely to follow New York State’s example in an effort to control opioid abuse using this technology which eliminates duplicate processes.

However, the Medical Society of the State of New York’s Joseph Maldanado remains pessimistic, concluding that the roll-out has been anything but smooth in New York.