Medicare Physician Fee Schedule (MPFS) have been scaled back by 2% 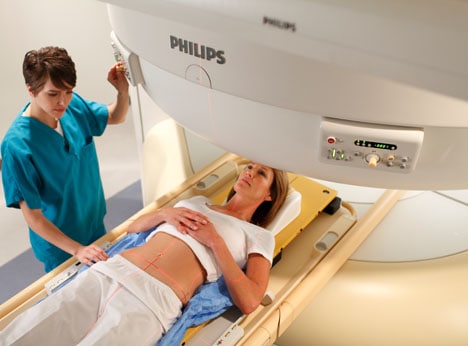 In July 2015, the Centers for Medicare and Medicaid Services (CMS) had proposed severe cuts to the radiation oncology specialty, but the final schedule for 2016 that was released at the end of October 2015 revealed that payment rates for radiation oncology in the Medicare Physician Fee Schedule (MPFS) have been scaled back by 2%, which is slightly less harsh than what was initially foreseen.  The MPFS 2016 Medicare rates and policies will come into effect on January 1, 2016, and are applicable to freestanding community-based clinics and hospital outpatient departments for payment of services performed and to freestanding clinics for technical payments.

Although the reductions were less than anticipated, there remains ambivalence regarding freestanding radiation therapy centers and the consequent infringement of patient access to adequate care.  The impact of the rule is still uncertain, but it could potentially threaten the viability of community-based clinics, including radiation oncology centers in rural and other underserved regions, if more sizeable cuts are made in the future in combination with the new codes.  Since 2010, reimbursement reductions to freestanding community-based clinics have exceeded 20%.

In July 2015, a large-scale survey of about 1400 freestanding radiation oncology centers in the United States had revealed that reductions of 5%-10% would force nearly one-third of the practices surveyed to stop accepting Medicare patients, centralize practice locations, or close down altogether.

In September 2015, more than 200 members of Congress, in a campaign supported by both Republicans and Democrats and by both chambers, had expressed serious concerns to CMS about the proposed reductions to radiation oncology.  Along with the American Society for Radiation Oncology, they undertook an exhaustive advocacy crusade to discourage CMS from imposing barriers to accessible and affordable patient care with instability and uncertainty in payments and drastic cuts to community-based radiation oncology clinics.

CMS has indicated that it will retain the placeholder G-codes and set back implementation of the new intensity-modulated radiation therapy (IMRT) and image-guided radiation therapy (IGRT) codes for another year.  Unfortunately, the 2015 final rule has increased the assumed equipment utilization rate from 50% to 70% for linear accelerator machines by 2017.

Contact us to find out how we can help your social presence.